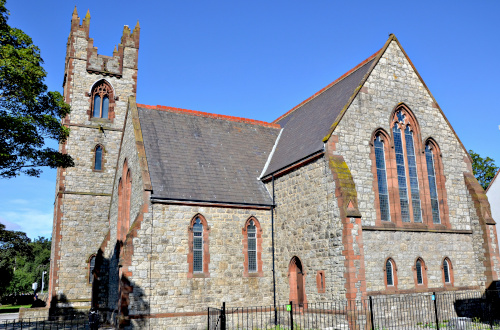 Previously there had been two Secession congregations in Dublin, Mary’s Abbey and Mass Lane but in 1818 they united and formed the congregation of Union Chapel. However, in 1836, the Secession Synod started a mission to form a second Secession congregation in Dublin. The first minister to this new congregation was Rev. William Wilson and initially they worshipped in the German Lutheran Church in Poolbeg Street and later hired a room in the Royal Exchange.

However in 1837 the congregation bought Ebenezer Chapel on the corner of D’Olier and Hawkins Street for £600 to use as their church.

In 1846 the congregation moved to a newly erected church more suited to their needs in Lower Gloucester Street now Sean McDermott Street. Various ministers succeeded Rev. Wilson but in 1884 Rev. John Love Morrow was ordained to Gloucester Street which was to be his first and only ministry. Rev. Morrow was minister for 56 years up to his death in 1940. In 1929 he had the honour of being Moderator of the Presbyterian Church in Ireland.

By the 1880s, many of the congregation were living in the new suburbs of Fairview and Clontarf. So in 1888 it was decided at a meeting of Gloucester Street congregation to request Presbytery to transfer the congregation to Clontarf. This request was granted and then sanctioned by the General Assembly on 26th July, 1889. A site was found on the corner of the Howth Road and Clontarf road and the new church was opened in May 1890. A school was also built beside the church and a manse on Haddon Road.

In 2003 the congregation welcomed the members of Ormond Quay & Scots Church and, with sanction of the General Assembly, are now known as Clontarf & Scots Presbyterian Church. 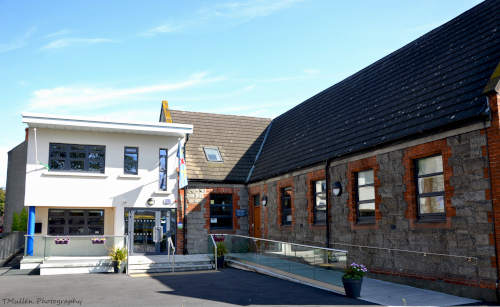